Next Freeze - iPhone and iPad 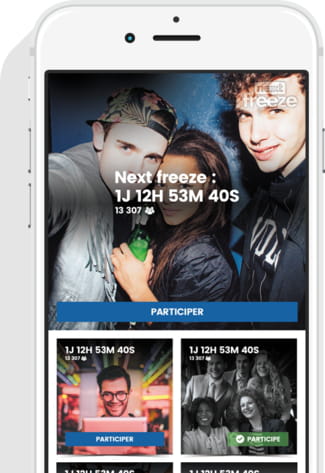 A freeze is a massive photo synchronization, i.e. a photo taken at the same exact time by thousands of users and shared on their own social network account. At each freeze, time is stopped and everyone has the opportunity to see the world as other people were seeing it at the same second.

NextFreeze stops time several times a day, by taking a simultaneous picture, wherever they live. You'll be notified, a minute before the freeze begins, with a push notification. A countdown will then be displayed and a picture will be taken at freeze time for all attendees. You'll then have 90 seconds to share it on your own social network account.

Each freeze has a theme and a common hashtag. Everyone is free to follow it or not. For those who play the game, the best freezes will be featured on NextFreeze's social networks.

Next Freeze - iPhone and iPad is also available on Android.
Share