Google Translate for iPhone
Download
Download Freeware
iPhone - English
Other systems
Download Android version
Download IPhone version
Google Translate for iPhone is the mobile version of Google's translating service. This application allows users to translate between 103 languages when they are online and 52 when they are offline. They can also use their phones' cameras to automatically translate physical words and the vocal feature to translate audio. For languages that depend on characters rather than letters, users also have the option to translate drawn characters. 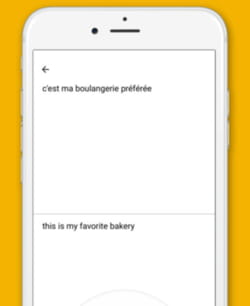