Disclaimer: The app is no longer offered in the Windows Store. You can download Shazam for Android here, Shazam for Mac computer here and Shazam for iOS devices and Apple Watch here.

Shazam for PC is the most useful application for situations when you have heard the music somewhere and fell in love with the song so you need to see who’s the singer and how the track is called. Shazam can record the part of the song and within several seconds provide you with all the information related to a song. 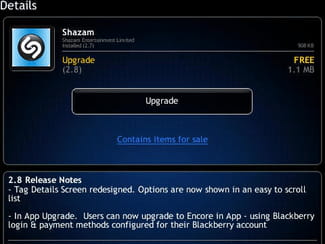 Share
Related
Latest update on September 18, 2020 at 03:50 AM by Natalia Kudryavtseva .
View all 2 comments