TOKYO GHOUL [:re birth] for Android

TOKYO GHOUL [:re birth] for Android
Download
Download Freeware
Android - English
Tokyo Ghoul is a smartphone game based on the massively popular animated series of the similar name. To play, you have to create a team of characters to battle in the war of Human vs Ghoul. It features almost every character from the series.

Loaded with 2D illustrations and 3D models, the game allows users to select a team of six players. While three players lead the battle, another set of three characters handle the rear posts. To continue to the next level and win rewards, you have to defeat the enemy teams. 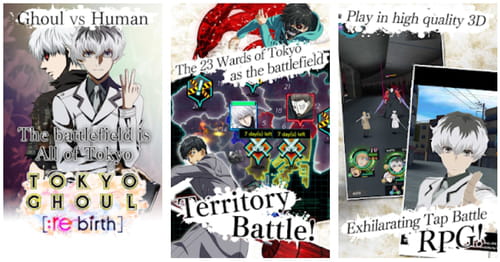