If you like building and destroying while having fun with friends, this game is just for you.

Astracraft: 5V5 ARMS Tournament is a sandbox game designed for Android and Apple devices. The game has a unique combination of creation and battle aspects of the sandbox genre and it was developed by NetEase Games. Currently, the game has over one million installs on Android. In this article, we discuss some of the Astracraft game’s main features, as well as some additional information. 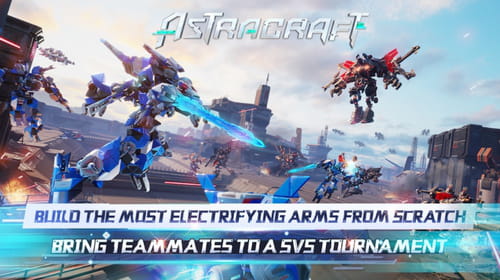 Once you download and install the game, you will get to choose your mode - keep in mind that not all modes are available from the start and you unlock them as you progress. You can manipulate items by tabbing and draging across the screen to rotate them.

It seems that the game has no history of security issues and looks as safe as most mobile games.

You can download and play Astracraft for free. However, the app contains ads, as well as some optional in-app purchases that vary between $0.99 and $29.99.

In order to run the Astracraft game on your device, you need Android 4.1 and up, or, for the Apple version iOS/iPadOS 8.0 and later. The game is compatible with iPhone, iPad, and iPod Touch.
Images: Google Play/YouTube