this app might come in handy if you are thinking of becoming a DJ and want to try!

djay is a powerful app aimed to help djays create melodies, record their own music and share it on major streaming services, such as TIDAL. It has a revolutionary AI-powered NEURAL MIX™ technology that lets you extract melodies, acapellas, and create professional soundtracks. 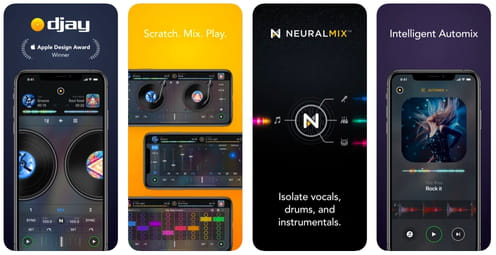 How Does djay Work?

djay works as a professional djay station in your pocket or on your computer. You can create melodies, visual slideshows, and original mixes. If you want to add songs from streaming platforms, you need to have a strong internet connection. Otherwise, the app has a modern and user-friendly interface that is easy to handle even if you are a beginner in djing. More precise instructions, you can find on its official website.

The app is free to download and use, however, it contains in-app purchases, such a Pro subscription ($6.99).

To run djay on your device, the needed Android version varies with device. For Apple devices, you will need iOS/iPadOS 12.2 and later. For PC – Windows 10 Desktop Version 1607 or later.For macOS – 14.4 or later.