The mobile version of LoL is finally here, so call your friends and enjoy together!

League of Legends: Wild Rift is the modified mobile version of the famous game League of Legends (LoL). Developed by Riot Games, this version has similar gameplay to the desktop version and it features different modes, such as MOBA 5x5 and ARAM. So if you want to join LoL’s community, which is one of the largest in the world, then keep reading - in this article, we discuss some of the app’s key features, as well as some additional information. 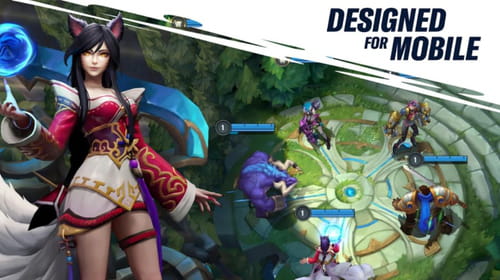 Here are some of LoL: Wild Rift’s main features:

You may be wondering when is LoL: Wild Rift coming out and here’s the answer: after a beta version, the game is available in the USA since March 29, 2021.

It seems that the game has no history of security issues or abusive data collecting. As always, we recommend reading the official Privacy policy in order to take note of the way League of Legends: Wild Rift uses your data. In general, the game seems as safe as any other mobile game.

You can download and play League of Legends: Wild Rift for free. However, the game includes some optional in-app purchases that vary between $2.99 and $99.99.

In order to run League of Legends: Wild Rift, you need Android 5.0 and up or, for the Apple version, iOS or iPadOS 10.0 and later.
Images: Google Play