Resident Evil: Village is a true Next-Gen game. The story and gameplay are consistent with the saga, while the game manages to bring some novelty with the multiplayer mode.

Resident Evil Village (or Resident Evil 8) is the return of our favorite survival horror saga: this installment follows the terrifying story of Ethan Winters. In the previous opus, Ethan had to face all kinds of enemies and misfortunes to try to get his wife back, Mia. After tons of effort and suffering in the Bakers' house, it seemed that they were finally going to be able to have a quiet life together. However, as you have undoubtedly imagined, this is not the case. In Resident Evil 8: Village a new nightmare awaits... Will you be able to save them? 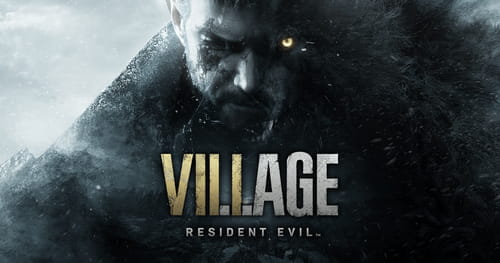 The story of Resident Evil turns around the Umbrella corporation, supposedly a pharmaceutical company but actually responsible for various experiments with biological weapons. After a series of events, a dangerous virus was released in the Arklay Mountains, causing chaos and countless deaths. In every installment, we follow different characters that are trying to survive and solve things, but the situation only seems to get worse, with the successive appearance of new and more powerful types of viruses. This is how we got to the events of Resident Evil 7, where Ethan Winters comes to the rescue of his wife Mia, who has been missing for 3 years. The protagonist ends up saving her with the help of Chris Redfield and Blue Umbrella, an organization made of former members of the original company who now want to fix the damage. And this is where the adventure of Resident Evil Village begins, with a special place in the plot for Ethan and Mia’s daughter, Rose. 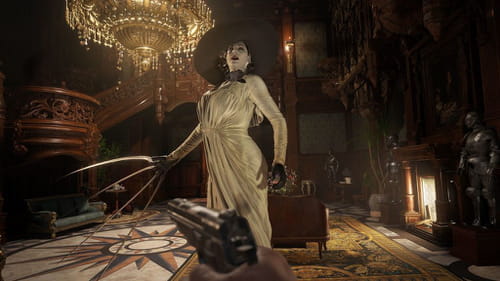 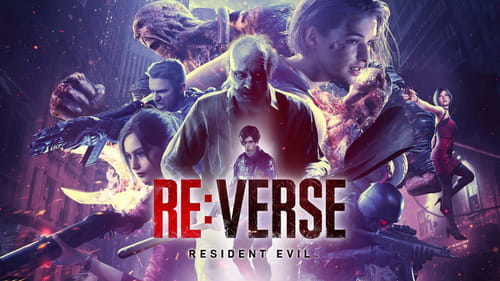 Resident Evil Village has beautiful graphics with terrifying environments and detailed characters. The setting, the music, the dialogues ... Every single element is designed to make you experience the game in a way that will make you want to stay trapped forever.

The title comes with the classic solo adventure mode and, as mentioned above, with a brand new competitive multiplayer mode. The latter offers players the possibility to face 5 other players in different locations, as well as the freedom to choose from any character in the saga.

The time it takes you to complete the campaign depends, on one hand, on the level of difficulty you choose, and on how exhaustive you are at exploring the scenarios and discovering all the secrets, on the other hand. In general, finishing the story takes between 8 and 10 hours.

What Does the Critic Say?

All Resident Evil installments are classified with the PEGI 18 label, so they are aimed at an exclusively adult audience. In this video game, there are explicit gory scenes. In addition, the game features elements of psychological terror, as well as monstrous beings that are not suitable for the sensibility of younger users.

If you enjoy the Resident Evil saga, you might want to check our selection of Best zombie video games.