If we could only play one video game when trapped on a deserted island, it would probably be Fortnite!

Unless you have been living in a cave for the past few years, you have surely heard of one of the most famous battle royale games called Fortnite. Developed and released by Epic Games in 2017, Fortnite popularity has skyrocketed. Moreover, it has been a huge hit among the Twitch community. In addition, Epic Games keep updating the game and offers lots of new seasonal content. The game now has a huge and strong community. 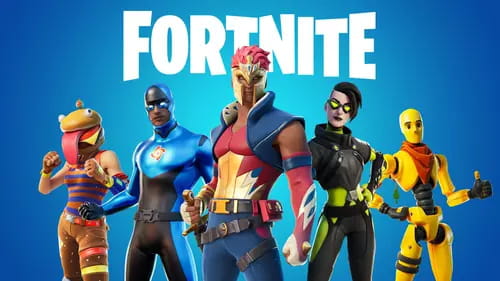 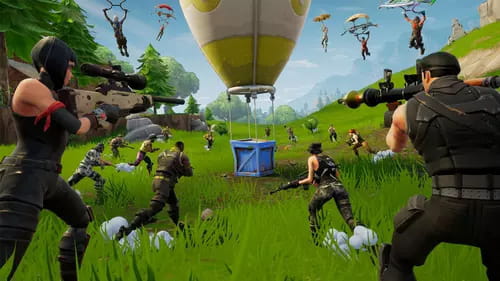 Fortnite is powered by the state-of-the-art Unreal Engine 4 technology. The whole game has been specially optimized for running smoothly on most devices and includes shading techniques that improve the overall lighting, texture, and shadow qualities, and much more. Even though the game aesthetic has not been designed to be photorealistic, it still is a masterpiece. Last but not least, it also includes a performance mode that allows PC players to play at higher FPS.

The game sound effects have also been polished to offer you the best gaming experience. The game contains lots and lots of feedback to make sure you will never miss any piece of information about your environment. The OST makes the whole gaming experience immersive and coherent.

Fortnite is an online multiplayer with several game modes, including those released by Epic Games and those added by the community. Epic Games' modes are solo, duos, trios, and squad. The community's modes include diversified gameplay mechanics. A new game mode called Imposter that may remind you of Among Us has also been added. In the Arena mode, players will get access to a competitive mode, and they will face players with the same score. Here is a summary of the two main scenarios:

Fornite has been rated on Metacritic 81/100.

"Fortnite is an ever-shifting entity, but strong footing has solidified it as a verified phenomenon with fast, fun gameplay and ubiquitous reach. Anyone can play it and have a great time, and although Save the World might get grindy and shotgun climb-and-dives might get a little tiresome, there's real magic here along with the promise of more in the months and years to come…". (Game Informer)

Fortnite has been rated PEGI 12. There are no scenes that contain explicit violence, but the game includes voice chat that allows users to communicate with each other in team matches.