Despite its simple concept, Subnautica offers memorable moments that will truly test your skills as a survivor.

What would you do if your spaceship crashed on the bottom of an ocean and you were the only survivor of the crew? Subnautica offers a fascinating story that takes place on Planet 4546B. Your mission is to survive and discover all the secrets that this mysterious planet keeps. 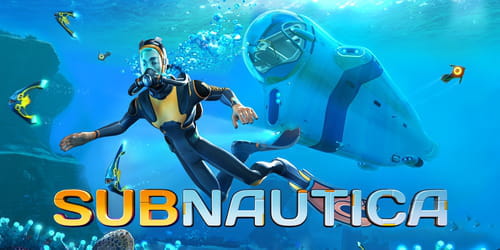 For unknown reasons, the Aurora spacecraft has suffered an accident whilst trying to land on planet 4546B. The purpose of the space expedition was to find a ship that disappeared on the same planet, many years ago. As soon as your characters exits the sunken spacecraft, he discovers that 4546B is colonized by an alien race known as the Forerunners, who travelled to the planet to find the cure for an infectious bacteria that had affected their species. It is your task to find a way to escape from the planet and protect yourself from the dangerous Subnautica creatures.

What do The Critics Say About Subnautica?

The average Subnautica Metacritic rating is 87 out of 100.

“Probably the best survival game we have tried to date. A game that respects the player, offers a spectacular world to explore and keeps giving new and unique experiences even after you have spent dozens of hours under the waves exploring the beautiful alien ocean.” (GameOver.gr)

The survival video game has been classified with the PEGI 7 tag. The level of violence in Subnautica is not extreme, you only have to defend yourself against alien creatures with the help of a knife. The physical appearance of some of these creatures could scare younger children.