Although this game is geared towards fostering the creativity of the very young, Gacha Life is a surprisingly entertaining experience for players of all ages.

What is Gacha Life? Gacha Life is a free role-playing game created by Lunime. Players of this game can create anime-like characters and choose from 8 exciting mini-games, whilst interacting with other characters. You can also create your own mini-movie by entering the Gacha Life Studio. This game is an absolute must-have for anime lovers. Welcome to our Gacha Life download page. 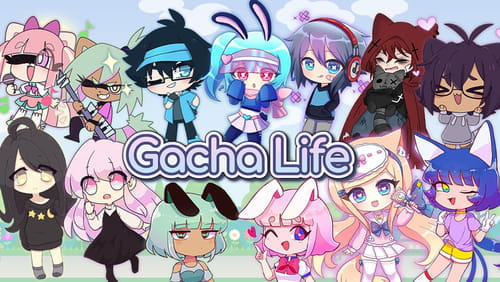 Gacha Life features simple, yet carefully designed 2D graphics . Both the setting of the game and the aesthetics of the characters are animated in Japanese anime style. 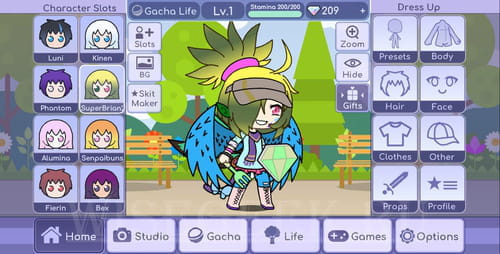 Gacha Life is free to play, though it contains certain game elements that can only be unlocked through in-app purchases.

iPhone and iPad users can get their version of Gacha Life here. There is also a Gacha Life PC version.

Whilst there is no official Gacha Life online game, you can play a spinoff of the game via Roblox.

The most recent Gacha Life update was not very well-received by its fanbase, due to several bugs and glitches. If you are looking for an older version of the game, you can try manually installing a Gacha Life APK file.