Developer:
Wizards of the Coast

This free-to-play digital adaptation of the famous card game may be the occasion to give the universe of Magic: The Gathering a try.

Magic: The Gathering Arena (sometimes: MTG Arena) is a digital collectible card game. It was developed by Wizards of the Coast and was initially released on September 26th, 2019 for Windows. As it name suggests, this is a digital adaptation of the famous card game Magic: The Gathering. On this MTG Arena download page, we discuss some of the game’s key features, as well as some additional information. 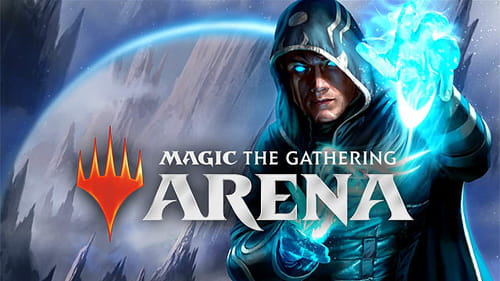 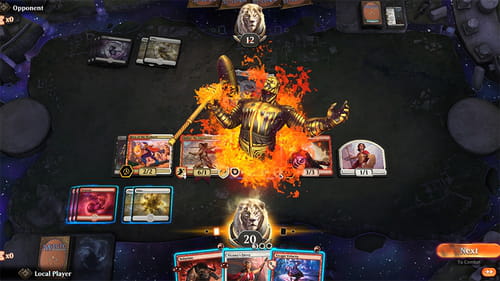 MTG Arena received positive feedback from the critics, with a score of 84 points on Metacritic.

This reception hasn’t been shared by the users as they ranked their gaming experience with 3.2/10 points.

According to the Entertainment Software Rating Board (ESRB), the game is labeled as suitable for teens (and older). It contains some blood, gore, and mild fantasy violence.

Is Magic: The Gathering Arena free?

Yes, this game is free-to-play. Additional items can be purchased.

In order to enjoy this game on your computer, you need Windows 7 and later.