This is one of the fastest endless running game we have ever played. And let's be honest, video game characters don't get much cooler than our blue friend Sonic the Hedgehog!

What is Sonic Dash? Sonic Dash is a mobile game from SEGA starring everyone's favorite hedgehog Sonic. In this endless runner game you have to race Sonic past a series of challenging objects and battle against Sonic's fiercest enemies. This is our download page for the Sonic Dash game. 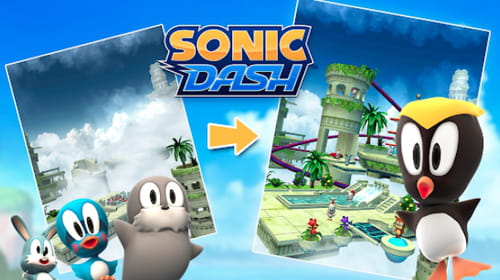 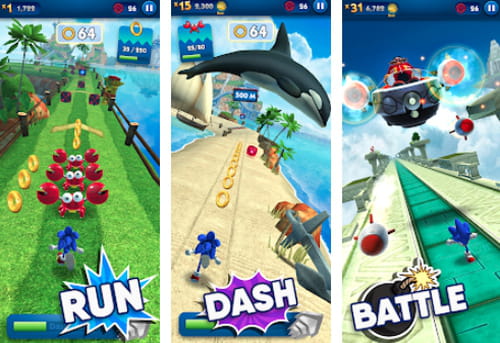 Sonic Dash is free to play for everyone and it doesn't require in-app purchases to progress. If you are looking for an ad-free play option you can unlock this by paying a couple of bucks.

This lightning fast Sonic adventure is also available for your iPhone or iPad. If you prefer to play this game on the big screen, you could try and look for 'Sonic Dash Online' on Google, as there are several websites that offer browser emulations of this mobile game.

Is There a Sonic Dash 2?

As a matter of fact there is. The dazzling sequel to the first Sonic Dash game is called Sonic Dash 2: Sonic Boom. Considering the huge success of the Sonic Dash series, there may even be a Sonic Dash 3 somewhere in the future.