Slap Kings is a free to play action video game developed and published by Lion Studios. Do you remember the crazy Russian sport where two guys try to knock the other one out by slapping him? Here is the video game version of it. The game is available on Android, iOS, and there is even a Slap Kings online version of the game. This article is dedicated to the Slap Kings free game, we will focus on the gameplay and the details of the game. Come and try to be the best slapper, this is the Slap Kings free download page for Android. 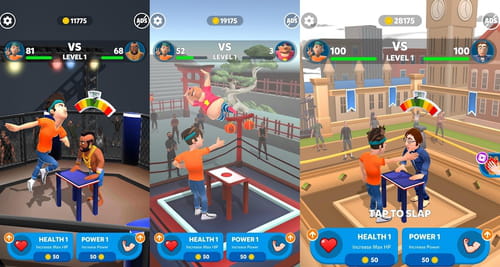 Slap Kings is free but it contais ads and in-purchases.

Slap Kings is safe. It seems that the app has no history of security issues or abusive data collecting. As always, we recommend reading the official Privacy policy before installing.

If you want to discover another Lion Studios game you can try the famous Save The Girl.