For all those who cannot stand seeing the graphic interface of default Windows' operating system, this tool will satisfy you amply.
LiteStep is a program to replace your interface according to your tastes and needs. It is the "shell" which replaces "explorer.exe".
The tools such as "style XP" only suggested to modify your desktop via the XP subjects. Now, LiteStep works more in depth by modifying all the interfaces. 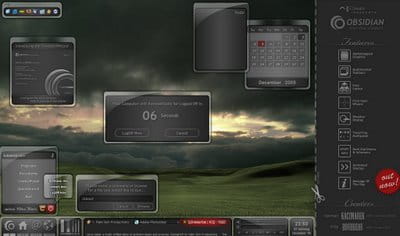