Download bat to exe converter (EN)
Bat To Exe Converter is a program that can be useful to all developers. With its features, users will have no trouble managing their data in a script file. 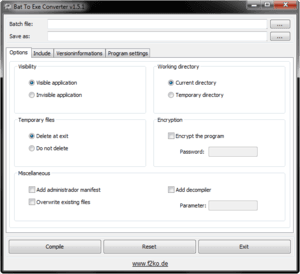