Wordflood is a word replacement program that has been designed by Real Slick Software. This kind of tool is common and to let you make a comparison, you can find below some of its best features. 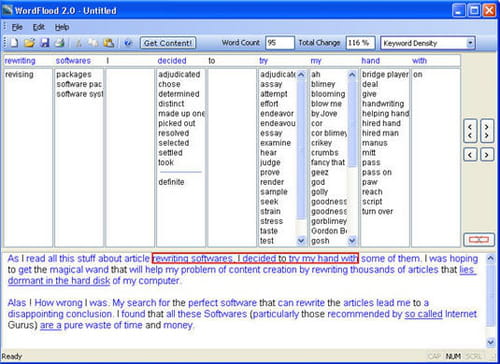