Download A-PDF Rename (EN)
A-PDF Rename is a tool which has been designed to rename PDF documents. To do this, it is based on whether the metadata or the attributes of these documents. 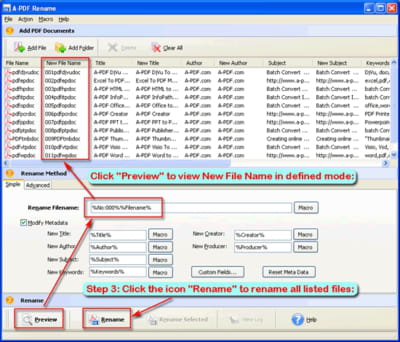 Renaming: The software has two ways of renaming files. It can use the metadata or the properties of the documents such as subject or author. The other possibility is to rename the files by collecting the content of the text.


Batch mode: A-PDF Rename is integrated with a module allowing to rename several documents at the same time. It is capable of replacing the name of a hundred files. This is useful for the update of the documents' metadata.

Configuring: It offers the user the possibility to configure the program to rename the documents automatically. The user has to work with the command line for this option. Once it is done and saved, it can be launched any time.

A-PDF Rename is light and does not require much random access memory.

It has an intuitive interface which makes it easy to manipulate. 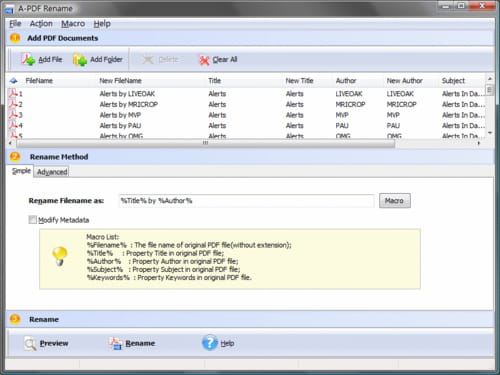