With an option to capture the application through its main windows, Nicera Capturer can capture screen images, video, audio and system events that appears on your screen. 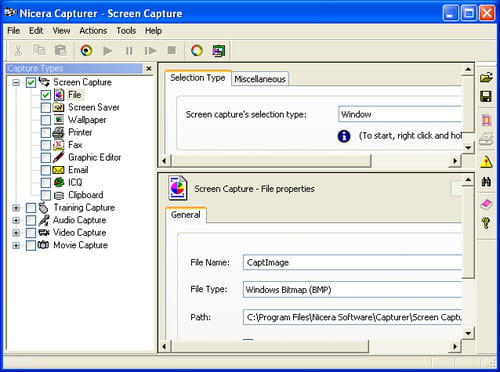