Download File Scavenger (EN)
File Scavenger is a software used for recovering data and which has been developed by QueTek Consulting Corporation. It has the ability to restore files that have been deleted accidentally. 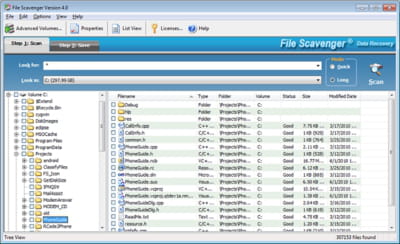 Recovery: Apart from being able to recover files deleted accidentally, the software can also restore deleted files in the trash. Files in a DOS window or from a network player, and even those deleted with Shift+Del can also be recovered.


Corrupted partitions: Another feature of File Scavenger is also its ability to restore files in a damaged partition of the hard drive. For doing so, it uses a powerful algorithm and the process is still possible even after the disk has been formatted.

Volume: This program is able to recover files in a corrupted volume despite of the fact that it has been removed in a place unknown by the user. Its ability to effectuate a scan of the entire hard drive makes it possible.

It is easy to use for the interface displays the files that need to be recovered and the user has just to select them.

This is a demo version. 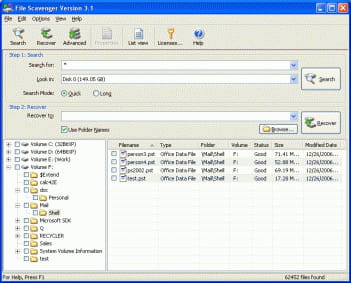