Do you know that you can simply user query to have access to your multiple databases. UnityJDBC is a data virtualization and database integration, SQL function and dialect translation tool. 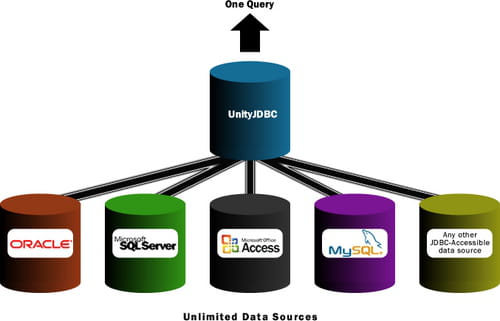 Share
Related
Alternative spelling: UnityJDBC.zip
Latest update on February 13, 2013 at 12:28 AM by itomneer .
View all 2 comments