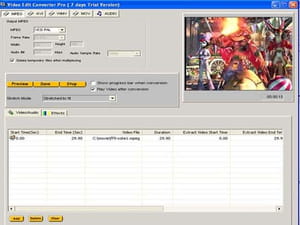 Alternative spelling: converterprosetup-3.51.exe, converterprosetup.exe
Latest update on July 30, 2014 at 04:17 AM.
good editoer
Main Points Any codec installed on your computer is supported by this software.