Download M2TS Converter (EN)
M2TS Converter is a professional video converter. It has been developed by Tipard and takes charge of different, popular and most use formats even those which are compatible with Smartphone. 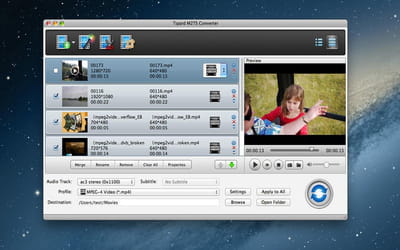 Conversion: Once the video file is added to the waiting list of the program, the user can start the process. A small preview window displays the progression of the conversion. When it is done, it automatically takes charge of the next file.


Output format: As mentioned above, M2TS Converter supports many formats like MP4, SWF, HD video and so on. The user has just to choose and define the output format. He can also precise the target folder of the converted videos.

The user can also capture image of the video and save it as JPEG, GIF or BMP formats. 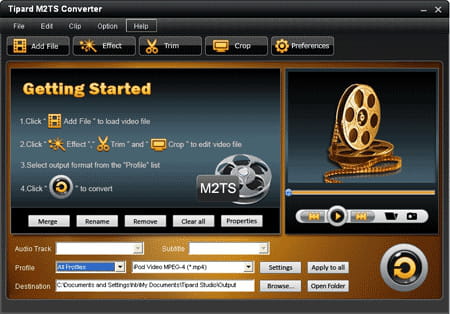