Data from memory cards generally cannot be recovered. Once they are lost, they are permanently lost. WinRecovery Software CardRecovery is an application for recovering photos from your memory card. 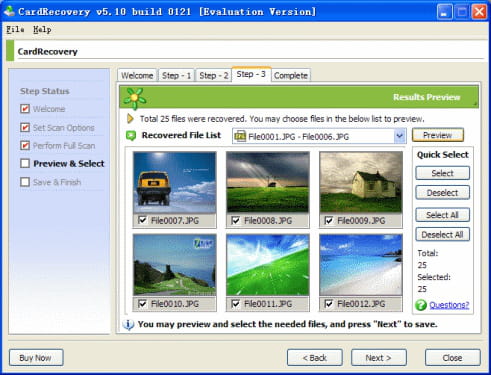