Asoftech Automation is allowing the automation of various computer tasks such as checking email, for example, or moving up files. It can record and replay them. 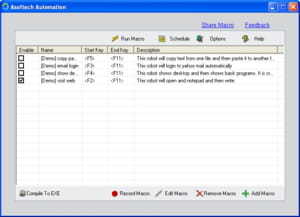