Released in 2010 and designed by PCHand Software, PCHand Screen Capture is a tool for capturing and editing images. It offers several types of capture and functions that are available bellow. 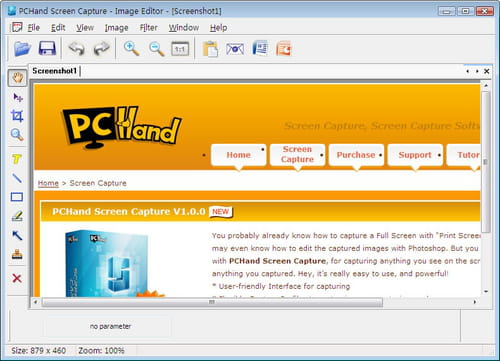 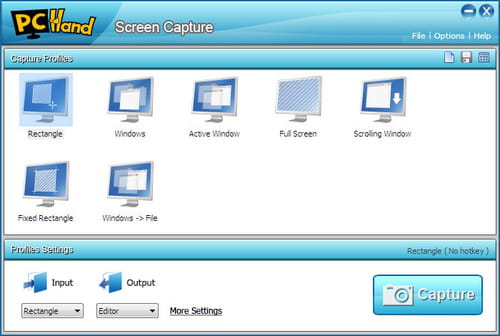