Converter tool is used when you need to convert files which only a few players can read to a popular format. Freez Flv to MP3 Converter is among these tools, indeed, its purpose is to convert FLV files into MP3. 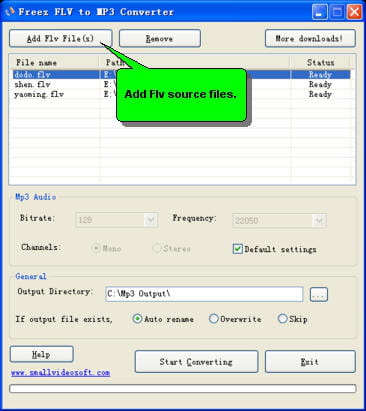