Xlinksoft Total Audio Converter is program for encoding audio files. Some editing tools are available such as the selection of a segment of a video or audio to convert. 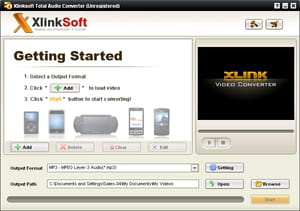