Coolexon is a tool for finding word definitions and for translating text. The program supports numbers of languages. It is built-in with an option that can translate anything on the screen of the computer. 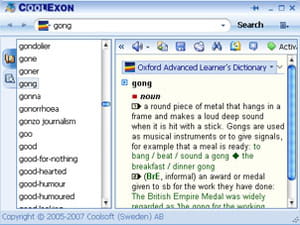