Latest update on November 6, 2016 at 02:39 PM by Olivia Long.
Assassin's Creed II is a video game that depicts a hidden secret Assassin's Shrine in Monteriggioni. In the main menu of the video game, select the triangle sign to access Uplay. To do so, open an account in Ubisoft to connect to your PS3. Then select Encrypt family Auditore located in the Awards categories of Assassin's Creed 2. Lastly, as you exit Uplay the video game loads up. A map of the Auditore family is displayed as a tomb of Monteriggioni normally. Monteriggioni was part of the defense for Tuscany to increase the reign and kingdom. The Auditore family who ruled the town was on the other side of this battle. This Auditore protector family built the villa Auditore. The Monteriggioni was the defense town heading the Italian assassins.

Tomb of secret assassin in Monteriggioni 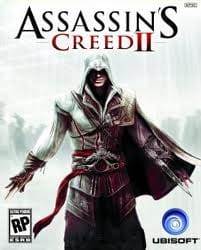 There is a hidden secret Assassin Shrine in the town of Monteriggioni. The 7th tomb, then, and is one of the family Auditore.

At the main menu of Assassin's Creed 2, press TRIANGLE to access Uplay. Create an account Ubisoft you to connect to your PS3 account. When that is done go to the Awards categories (Rewards) Assassin's Creed 2 on Uplay and select Encrypt family Auditore. Then, quit Uplay and load your game, the entrance to the tomb of the family Auditore normally be shown on the map as a tomb of Monteriggioni normal, you will only get in.

PS: You must first have enough points for releasing Uplay Crypt family Auditore but no worries, the actions to perform to get points Uplay are childish, you just do the main story of AC2 to get points.

A visit to this tomb will give you crucial details about the family history Auditore and there are also some treasure chests to find inside the crypt.