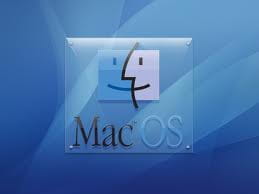 
Hello,
I have an iMac i7 I just bought as developers as me work mainly with Windows 7; however I like the ilife mac. I have 2 partitions with a snow leopard and Windows 7. In both businesses succeeds snow leopard I run my app windows via parallels but in Windows 7 I would like to run my application example ilife 11 from snow leopard or my score at the very least roll a virtual machine OS X is that possible?


Actually on a Mac can emulate Windows because Windows is not related to PC. But on a PC, it is another matter, since Mac OS is the OS for Macs. Therefore it is illegal to run Mac OS on a PC, so apart from the hacks on the internet, there will be no turnkey solution.

This document, titled « Use iLife 11 on PC », is available under the Creative Commons license. Any copy, reuse, or modification of the content should be sufficiently credited to CCM (ccm.net).
Previous

MacOS - Patch for Call of Duty 4