RogueKiller is an anti-malware program (provided by Adlice Software) that can detect all kind of threats, from adware to rootkits, viruses, ransomware.

Premium version also provide Real-Time Protection against malware, and a module to prevent your Documents from being encrypted by Ransomware.

Roguekiller: installation and first use 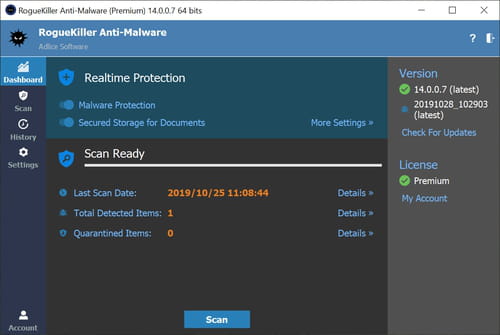 This document, titled « RogueKiller - Tutorial », is available under the Creative Commons license. Any copy, reuse, or modification of the content should be sufficiently credited to CCM (ccm.net).
Previous