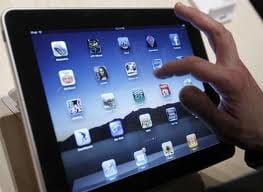 By integrating a records system to IOS, Apple has filled a delay in Android OS and has both responded to a user's requirement. This feature allows to classify its applications is extremely useful but is limited. Fortunately the jailbreak community was there to rescue the iPhone users. FolderEnhancer , released a few months ago, greatly improves the management of files on your SpringBoard (opening files faster, manage multiple pages in one folder, management of sub-folders, ...). I offer here a tutorial that will allow you to use FoderEnhancer while avoiding to take the pop-up "Piracy Hurts "Which requires the iPhone to reboot in Safe Mode until you have not purchased the app or you will not be deleted. 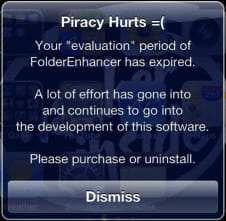 The approach is as follows:
1. If you have already FolderEnhancer installed, uninstall it via Cydia
2. Delete / var / mobile / Library / Preferences / jp.ashikase.folderenhancer.plist (with iFunBox example)
3. Install manually version 1.1.1-1,
4. Uninstall it via Cydia
5. Install the latest version of FolderEnhancer through the repo in Cydia Xsellize ( http://cydia.xsellize.com )
If you strictly follow the procedure, this should normally work.
This technique worked for me (iPhone 4 / iOS 4.1), after multiple reboots / respring, updates cydia sources etc ... the window of death never came. She also worked for others, thank you give us your feedback.
EnJoY!

Related
This document, titled « Tutorial: counter the famous "Piracy Hurts" in FolderEnhancer », is available under the Creative Commons license. Any copy, reuse, or modification of the content should be sufficiently credited to CCM (ccm.net).
Previous

How to Transfer Photos and Videos From Your iOS Device To PC
Tutorial: downgrade the iPhone 3G baseband 6.15.00