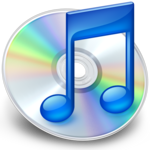 When you have had an iTunes library for a couple of years, the least you can say is that it's usually quite messy. Even more so if you have music that comes from different sources, be it your own imported CD, downloads from several websites, the tracks bought on iTunes Store or Amazon.com. These are only a few of the many reasons that cause different formats and incomplete albums, missing tracks, mistagged or duplicate songs.

On that matter, iTunes is seriously limited and only offers one option: showing the duplicates, which identifies the similar files, based solely on the name of the song and the artist.

If you have a song that comes in several versions, including remixes, live sessions, studio sessions or more, iTunes will surely mix them up and assimilate them to a duplicate pair. This feature is not very useful then, unless you have a strong taste for examining and verifying closely long lists of songs in order to identify the exact duplicates.

Among the most famous iTunes for Mac users, Doug Adams is probably the most inventive, not least for his guides in Apple Script for iTunes. If there is anything that you can do through Apple Script or Automator for iTunes and/or iPod, Doug has probably already made it.

The Dupin application, that costs 15$, allows you to find and delete all iTunes duplicates. Dupin filters the whole iTunes library, making use of a great number of criteria, like Name, Artist, Album, Duration, and many more. Once the duplicates are isolated, Dupin proposes a series of options to suppress the duplicates or to keep them. You can choose which ones you want to keep, using information such as which song has been played more often, which one has a better resolution, or which one was last imported.
Unlike iTunes, Dupin can search playlists individually, or throughout the whole iTunes library. Among the new features of the program, Dupin is now able to consolidate the information in the remaining songs.

The application Song Sergeant by LairWare does not only allow you to identify iTunes duplicates, but it also allows you to find out which tracks have strange or incomplete artist or album names, as well as the orphan tracks - those still in the iTunes folder, (or another storage folder selected in iTunes) but no longer identified as such by iTunes, which happens when you erase the track from iTunes but you don't remove them properly. Sergeant Song uses fewer search criteria than Dupin, but they are still sufficient to remove the vast majority of these duplicates in iTunes.

When SongSergeant identifies duplicates, it selects the tracks automatically, basing itself on definite filters, also leaving the choice to sort out manually the tracks to keep or to delete, thanks to the Merge Marked option to eliminate duplicates: this option allows you to combine the information attributed to a song reassigning them to the song that one wants to keep.

The feature « Inconsistent » of the software allows you to assign artist/album names according to a predefined pattern, for example « The Rolling Stones » rather than « Rolling Stones ». Song Sergeant will propose a name of choice, then you can still modify. Once the name pattern is established, just click on « Rename Selected As Preferred ». As for orphan tracks, select those you have to add in iTunes and click on « Add Selected To iTunes » then select those you want to get rid of, and click on «Trash Selected ».

TuneUp developed by TuneUp Media (cost $ 30) is a completely different iTunes utility. This does not scan your library for duplicates and/or orphan or missing songs, but it scans your library to clean up the missing or wrong tags and covers. To begin cleaning the library, click on « Analyze » and TuneUp will search the iTunes library and will provide an idea of its condition: accurate artists or not, name and track number, album, etc. To begin cleaning the library, select « Clean » and click and drag up to 500 songs in the tab opened by TuneUp on the side of the iTunes window. TuneUp connects to the server, and starts scanning the music metadata.

When TuneUp finishes the analysis, it groups them into three categories, separated by album, coincidences, probable and less likely found. It is possible to accept all change suggestions together, accept them only by category, or download each option separately.

For each entry of an album, you can see the corresponding tracks in the iTunes library (as well as missing) or to choose an alternative cover. If your album is missing tracks, you only need to click on the arrow next to the song to be directed to the iTunes store, where you can listen and buy the song, in order to complete the album.

TuneUp also includes a feature named Tuniverse, which provides links to related YouTube videos, biographies, recommendations from other albums, access to concert tickets (not available in all countries) and merchandising corresponding to the artist you are listening to.
Moreover, the Gigs tab allows you to see the upcoming concerts of the artists included in your iTunes library, thanks to JamBase.com, a website that collects information on concerts; you can access some of them directly on Stubhub and Ticketmaster.

Related
This document, titled « iTunes library cleanup », is available under the Creative Commons license. Any copy, reuse, or modification of the content should be sufficiently credited to CCM (ccm.net).
Previous

iTunes wants to delete all apps on my iPhone