Latest update on March 10, 2012 at 04:40 PM by Virginia Parsons .
Some individuals may want to have several Linux distributions on a single hard disk. By using a boot manager it is now possible to create the links in different partitions. The precautionary measure would be to keep the boot loaders at the top of the partitions. The user can easily get a safe and secure multiboot with the help of the boot manager. With this, the user will be able to add or replace Linux distributions without editing the configuration files.


GAG is a tool for new users who wish to have several Linux distributions on the same hard disk. This boot manager allows you to graphically create the links to the different partitions and this, without having to edit the configuration file of your bootloader /boot/grub/menu.lst for GRUB or /etc/lilo.conf for LILO

The only precaution is to place each of the bootloaders at the top of the partition on which the corresponding OS is installed.

How to install GAG


Here is a screenshot of GParted on a hard disk where three OS have been installed: 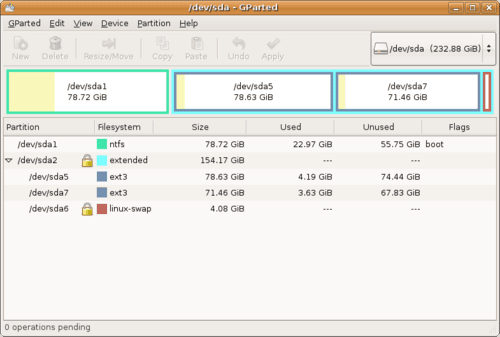 It is this configuration that we use for this tutorial.

Windows is found on the first partition on the second Mandriva, and Ubuntu on the third.
A version of GRUB is installed at the beginning of each Linux partition, and it is the Windows partition which is the boot partition.

For now, the disc has three systems, but Windows is only accessible from the MBR. 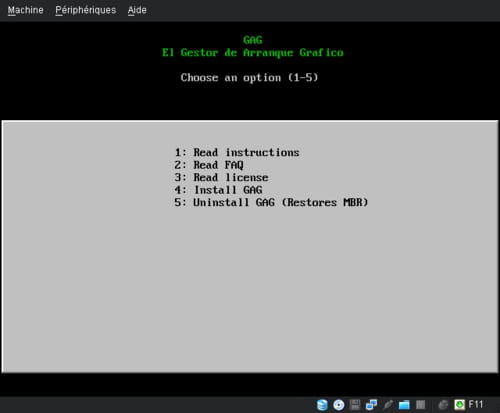 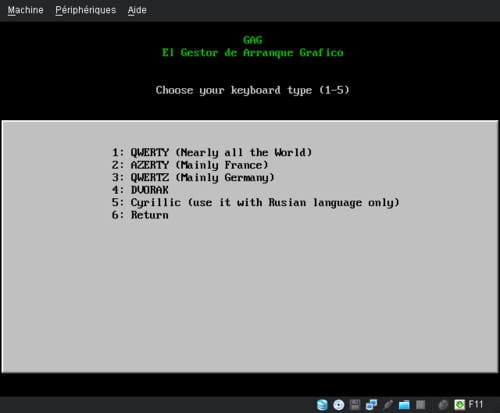 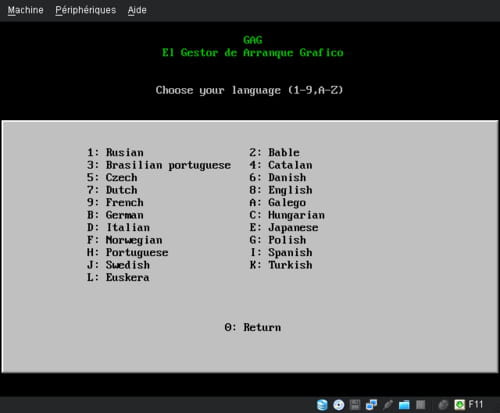 The "B" is the Windows partition (formatted NTFS)

The "E" is Ubuntu (formatted EXT2)

The "D" is the swap partition; "swap" is recognizable by the word "82H"

Now select the Windows partition by pressing "B" and name the shortcut "Windows XP":


By selecting for example "Mandriva 2008" the link will be to install the GRUB on the partition of Mandriva and provide access to options specific to the OS such as memtest and the different cores.

This document, titled « Linux - GAG (Graphical Boot Manager) », is available under the Creative Commons license. Any copy, reuse, or modification of the content should be sufficiently credited to CCM (ccm.net).
Previous

Create an audio disc with K3B