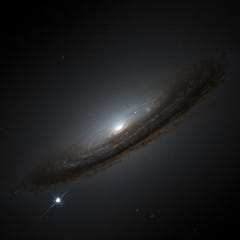 Cosmic rays cause errors in computers.

Cosmic rays are high energy rays created by cosmic major events (explosion of supernovas, ejecting neutron stars, etc.). This is electrically charged particles whose speed can reach up to one third of the speed of light.

When these rays get into contact with the atoms of the atmosphere, causing showers of particles (protons, electrons, neutrons ...). These are neutrons erect problems.

They crossed the field easily as they move into the interstitial space between the atoms.
When - by chance - their track meets that of an atom, it is disintegrated, causing an issue (among others) of electrons.

These disturbances are adequate for changing the status of a bit in the memory of an electronic circuit.

The consequences can be:

Related
This document, titled « Myth - Cosmic rays cause errors », is available under the Creative Commons license. Any copy, reuse, or modification of the content should be sufficiently credited to CCM (ccm.net).
Previous

Myth - Find out who blocked you on MSN Messenger