This article describes the reference model TCP / IP, which is the historical and technical standard of the Internet.
The U.S. Department of Defense has established the Reference Model TCP / IP because he needed to design a network that can withstand all conditions, even a nuclear war. In a world connected by various types of communication media such as the son of copper, microwave, fiber optics and satellite links, the Defense Department wanted a packet transmission capable of reaching and certainly in any what conditions. This problem of extremely ambitious design led to the creation of the model TCP / IP.
Unlike proprietary network technologies mentioned above, TCP / IP was developed as an open standard. This meant that anyone could use TCP / IP. This helped to accelerate the development of TCP / IP as standard. 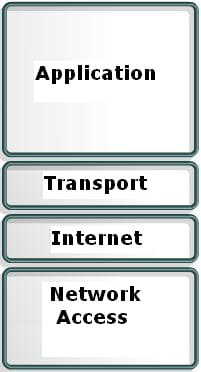 Related
This document, titled « The TCP / IP Model », is available under the Creative Commons license. Any copy, reuse, or modification of the content should be sufficiently credited to CCM (ccm.net).
Previous

How to set the right MTU

How to crimp a RJ45 cable?
How to set the right MTU