Latest update on June 30, 2012 at 06:57 PM by Jean-François Pillou.
Videos with formats like DivX, FLV or DVD can now be enjoyed not just on the PC, with which they are compatible, but also on the television screen. For this, the computer needs to be connected to the the TV set. This is possible if the hardware of the the PC and the TV have certain required connectors. The computer needs to have a video card with a TV-OUT connector and the two devices should be connected with a cable. This connector must be a plug IN from the computer. The TV also needs to have a TV-IN or a VIDEO-IN connector and additionally a LINE-OUT connector from the soundcard is also required. The connectivity between the PC and the TV set can be configured in Windows settings.

It is possible to connect your PC to your television set to enjoy DivX, FLV or DVD video formats that are compatible on your computer but on no other available players. There are simple ways to do so but both your PC and your TV set must meet some requirements.

Requirements for your PC


Your computer must have a Video card with a TV-OUT connector. The connection will normally be integrated in your Video card and located at the back of your computer. You can also do this with your laptop as most of them have this type of connector.

A TV-OUT connector cable will be plugged in both devices to link them to each other. The cable can indicate which line goes in and which one goes out, so bear in mind that you plug IN your TV set OUT from your computer.

The following illustration should make it easy to understand how the connection should be made.

You will also have to get a LINE-IN for your Soundcard from your TV to your computer.

Requirements for your TV set

If you do not have a correct connector for your TV, you can either use your VCR or an additional round connector that looks like an antenna connector device. With your VCR, you can set your TV to the VCR channel.

Below is the example of a round connector that you can use for your TV set. 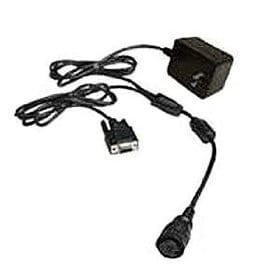 
You have to change the Windows settings for the connection to be successful.

If you are having difficulty, try reducing the resolution to 800x600.

Currently on new computers, manufacturers are finally connecting the color. The same goes for TVs. The S-video color cables are more than pin cable black and white.

Otherwise, there is always the possibility of using a composite cable to replace the S-video. 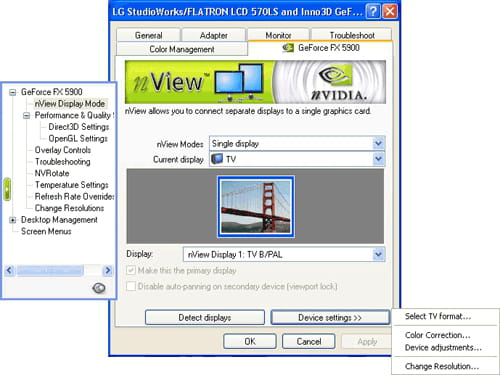 How to read and create a BIN and CUE file?

Formatting Your Hard Drive
How to read and create a BIN and CUE file?