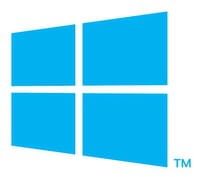 Microsoft has announced the completion of the Windows version 8 RTM (Release to Manufacturing), which implies the termination of the development and testing phase of the operating system. The new Microsoft OS, and the first devices with W8, will be available as from October 26.

Microsoft has stated in an official statement that "the RTM version of Windows 8 will be available before the end of the month for certain categories of users including developers, IT professionals and partners" , here below are some key dates related to this event:

Related
This document, titled « Introduction to Windows 8 RTM: some key dates for IT professionals », is available under the Creative Commons license. Any copy, reuse, or modification of the content should be sufficiently credited to CCM (ccm.net).
Previous

The technical specifications about the different versions of Windows 8

McAfee announced the compatibility of its security solutions with Windows 8