A brief summary and information about Anti-Cheat solution for Counter-Strike: Source servers:

This anti-cheat solution is automatically provided with your game servers, you can also disable it.
Really very little is known about this anti-cheating solution and there's a lot of speculation about its efficiency as well.
It is believed that it scans your running processes when you are connected to the game servers where VAC is enabled. Based on a small experiment with Comodo Defense +, it seems that the VAC integrated with Steam, because Steam was trying to access the memory of all running processes at regular intervals. But again, this doesn't prove anything. Basically, many people think that VAC is a huge online database of signatures comprising cheat programs.


The Demoviewers are people responsible for viewing game records as evidence, and whether a particular player is cheating or not, to provide a banned and secure list for your servers. This is the safest method of detection, if your staff knows how to do it.


Less popular but equally effective, NoCheatZ protect you from 9500 cheaters.


Here's a list of the easiest to install and most efficient anti-cheats plugins for your Counter-Strike servers:

DBlocker is a server-side anti-cheat plug-in that is quite effective and comprehensive.
It does not detect aimbots very well but is able to block the wallhacks and other cheating opportunities. 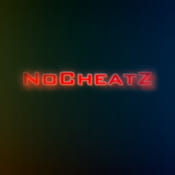 NoCheatZ is an anti-cheat that can detect aimbots (automatic Viewfinders), the ConVar Bypass (illegal console values), the SpeedHacks, the ping cachers, TriggerBots and flooding by console commands .

An advanced anti cheat, whose development began in 2006, which must be installed on the client and server.

Electronic Sports League official anti-cheat, that works on the same basis as VAC and require software installation on the client side.

A new anti-cheat solution can run on non-steam servers (Banishment based on the the MAC address of your machine).

A very simple plugin that uses a banlist of over 40,000 players.
http://www.steambans.com/


RAC is an anti-cheat for Counter-Strike 1.6.

This is an anti-cheat which scan the active processes and determines if a cheat program is in use.


These anti-cheat are simply developed and require that EventScripts is installed on the server.


It is one of the first anti-cheat program..it is almost obsolete nowadays as it can only detect the ConVar Bypasses.

The Anti-Cheats under AMX Mod X/Metamod:Source/SourceMod


This has an anti-cheat possesses an extremely effective wallhack blocker feature.


To conclude, if you really want to avoid any form of cheating on your server, I recommend you to install instant DBlocker and NoCheatZ 3 Beta because they are complementary (Anti-Aimbot + Anti-Wallhack) then activate the VAC and put sv_pure 2.

This document, titled « Protect your Counter-Strike Source Server- The Anti-Cheats », is available under the Creative Commons license. Any copy, reuse, or modification of the content should be sufficiently credited to CCM (ccm.net).
Previous