Latest update on June 26, 2012 at 04:00 PM by Jean-François Pillou.
This article focuses on how a user can set up a wireless connection using a Wi-Fi network. The article shows the steps to be followed in order to set up a wireless configuration, for a range of different brands of laptop computers including Acer, DELL, Sony Vaio etc. 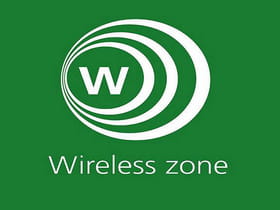 Wireless internet SSID and other factors associated with Wi-Fi such as WEP and Wireless channel selection are explained here.

This article explains how to set up a wireless connection on your system through a Wi-Fi network. It also deals with the SSID, the Service Set Identifier, which is set manually through the client network settings. APs, or Access points, and WEP (Wired Equivalent Privacy) are also described. The article also provides information on different brands such as Acer, DELL, Compaq, Sony Vaio and many more.
The first step for configuration is to determine what SSID, Channel, Mode and WEP you are using.


SSID is the acronym for Service Set Identifier which is the name of your wireless LAN. It is made up of 32 alphanumeric characters. It can be set manually through your client network settings. Some wireless access points will automatically disable this feature in order to enhance their network security system.


Access points, or APs, are used to automatically detect the channel selection. Your network can have various APs that will manage each channel selected and regulate their power. A wireless station will be load-balanced across the access points in order to enhance its bandwidth.


WEP is a short term for Wired Equivalent Privacy, which is a system of data encryption used in a wireless network in order to allow authorization control for a 802.11 wireless local area network.

How to set up your wireless connection


Nowadays, modern notebooks are built with wireless modems that have a wireless power system and an activation button found on the keyboard. This button will allow your laptop to connect or disconnect with your wireless modem. If you do not have your user manual to be able to identify this key, follow these instructions.

This document, titled « (Wi-Fi) Wireless configuration for your laptop », is available under the Creative Commons license. Any copy, reuse, or modification of the content should be sufficiently credited to CCM (ccm.net).
Next

No image on video projector

No image on video projector