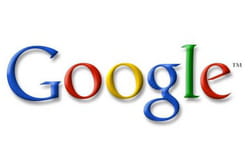 Since May 2012, Google rolled out a series of updates to its algorithm, in order to penalize websites making use of abusive SEO techniques (such as spamdexing). "Penguin 2.0", targerts especially netlinking automation processes used to improve the positioning of web pages on Google. Here below are the good SEO practices adhere to reduce the risk of penalties!
Penguin is the code name for a series of updates to the Google algorithm that seeks to penalize the ranking of websites using abusive SEO techniques to improve improper positioning of pages in the Goolge search results.

Differences with the Panda algorithm:
Avoid the systematic use of the same anchor text for your backlinks: it is important to vary the queries associated with backlinks.
You should also avoid:
Google provides webmasters with a tool to disavow backlinks via the dashboard of the "Google: tool for webmasters" service.

This document, titled « Google Penguin 2.0 : The SEO practices and recommendations », is available under the Creative Commons license. Any copy, reuse, or modification of the content should be sufficiently credited to CCM (ccm.net).
Previous