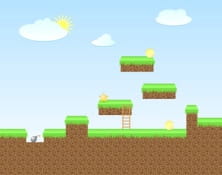 Retrogaming (old-school) is a trendy phenomenon, adopted by many nostalgic gamers. With emulators, it is not mandatory to dust off your Super Nintendo or look old game cartridges. What are emulators and how to use them?

What is an emulator?


Literally, the word "emulate" means "trying to
imitate". Video game emulation involves playing games on a device other than that for which it was designed (e.g playing a Game Boy game on a smartphone).

Installing an emulator and playing games


To play with an emulator, you must:


Games must be the ROM ( Read Only Memory) format. They can be downloaded from several online communities
Compatibility: ROMs will work with specific emulators.
To use a ROM:
Note that: Some applications require that you store the ROM in a particular folder.


There are emulators for all types of consoles, from oldest to most recent :

Is the use of emulators legal?


Game emulators are legal applications. However, downloadable ROM files are considered copies of the original games and are generally subject to copyright .
It is allowed to have a ROM in certain situations :

This document, titled « Old-school gaming - Emulators », is available under the Creative Commons license. Any copy, reuse, or modification of the content should be sufficiently credited to CCM (ccm.net).
Previous

Urban Terror - How to add bots?

How to improve your gaming experience?

Urban Terror - How to add bots?
How to improve your gaming experience?