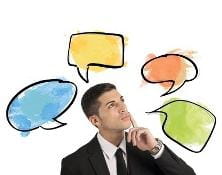 Google Plus is, as the name already suggests, the social network created by Google. What are its characteristics and how to benefit from it?
Google Plus or Google + was created in 2011. Since then, it became one of the most important social networks .
In 2013 , Google + had over 550 million accounts with 390 million active users (each month)
The social network is closely related to the set of tools developed by Google such as:
On Google + you can group your contacts in Circles : they target publications based on specific interests.
Circles do not require that you send a request (as on Facebook): the user can add someone to a circle without the need for the latter to add the user.
Google communities are similar to the Facebook groups. They bring together people who are not necessarily part of the same circles, but who wish to exchange information on certain topics.
Hashtags are keywords preceded by the # sign . Google + can automatically generate hastags in your publications.
Making an optimal use of Google
Photo : © SuriyaPhoto - Fotolia.com

This document, titled « Why create a Google Plus profile? », is available under the Creative Commons license. Any copy, reuse, or modification of the content should be sufficiently credited to CCM (ccm.net).
Previous

Controls+ : Get a Control Center for MacOS

How to create your blog?

Controls+ : Get a Control Center for MacOS
How to create your blog?