AGP is the short term for Accelerated Graphics Port and is concretely a point-to-point bus. The bus, compatible with IBM computers, is hence used as a Local Bus and operates as a Peripheral Component Interface that includes 20 supplementary signals not currently found on a PCI bus. 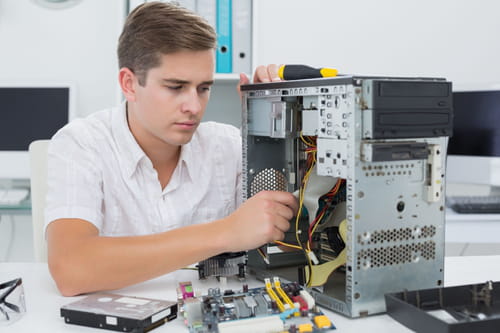 How does it work?

The AGP bus has a width of 32 bits and functions at a full bus speed compared to the normal PCI. AGP specifies mainly for the Protocol, Electrical and Mechanical part of the bus and uses 1.5 or 3.3 Volt signals. If installed on a Pentium II motherboard, the AGP can run up to 66 MHz with a minimum bandwidth of 254.3 MB/s.

Related
This document, titled « What is AGP (Accelerated Graphics Port) and How Does it Work? », is available under the Creative Commons license. Any copy, reuse, or modification of the content should be sufficiently credited to CCM (ccm.net).
Next

How To Recognize Computer Beeps

How To Recognize Computer Beeps