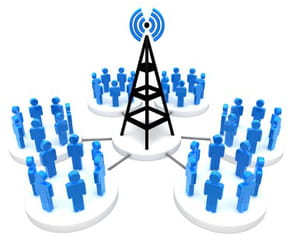 With the proliferation of different types of social networks (Facebook, Twitter, Pinterest, LinkedIn ...), companies can express themselves and interact with users using multiple channels. But the diversity of these channels, the pace of publications and interventions, requires a well structured organization. Scheduling publications on social networks can help the company/brand to remain competitive, but what are the challenges? What are the limitations and risks of using such method? For the company or brand, social networks represent a new channel to interact and gain customers or prospects. To engage users on social media (likes, sharing, retweets ...), corporate profiles require regular animation. Nevertheless, this animation should not be at the expense of another major challenge for the company: real-time interaction with users (private messages, publications on the page, mentions in a tweet ...).
The scheduling of publications gives a partial response to this problem. A recent infographic by Buffer gives us an insight on the ideal number of posts on the various social networks on a daily basis. The result of this study is as follows: three tweets a day on Twitter, two post per day on Facebook, one daily publication on LinkedIn ...
In this context, the scheduling the publication of content shows several advantages: Scheduling publications on social networks may have some limitations. This is particularly the case of Twitter, where posts are required to be spontaneous and relevant! Any major event or change in the community must be taken into account. To what extent the company can take action to avoid the risks?
In case of major crisis (economic, geopolitical or major changes in the company), it is imperative to adapt the content on social networks or even suspend them! Facebook allows you to schedule of one or more publications directly from the page settings. Some tools can facilitate the organization of publications by aggregating the content from several social networks (Facebook, Twitter, Pinterest, LinkedIn) ...