Apple's Continuity feature, introduced with Mac OS X Yosemite and iOS 8.0, allows users to seamlessly switch from one device to another. One can, for example, begin a task on an iOS device (write a message, browse the web, or edit documents) and resume it on a Mac (connected to same iCloud account).

Continuity also works for phone calls, and this guide will teach you how to make and receive calls from your Mac or iPad using your iPhone's cellular connection. 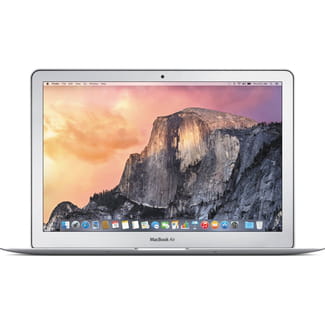 The devices should be connected to the same WiFi network. Furthermore, you'll need to be signed in with the same iCloud Account on all the devices. The first step is to allow other devices to use the cellular connection of your iPhone to make or receive phone calls. Tap on Settings > FaceTime and then toggle the iPhone Cellular Calls switch On. On your Mac: Open the FaceTime app. Click on the FaceTime menu > Preferences and then tick the iPhone Cellular Calls checkbox.

On your iPad or iPod Touch: Tap on Settings > FaceTime and then toggle the iPhone Cellular Calls switch On. Now that everything's set up, you can make your first phone call with your Mac or iPad. Open the Contacts app and browse for the desired contact. Click or tap on the small Phone icon to place a phone call. It's simple as that!

Related
This document, titled « How To Make and Receive iPhone Calls on a Mac or iPad », is available under the Creative Commons license. Any copy, reuse, or modification of the content should be sufficiently credited to CCM (ccm.net).
Previous

How To Enable Silent Clicking on El Capitan