WhatsApp recently rolled out a new feature called Starred Messages, which is meant to help users keep track of their important IMs, images, and videos. This new feature is available on both the Android and iOS versions of the instant messaging app. 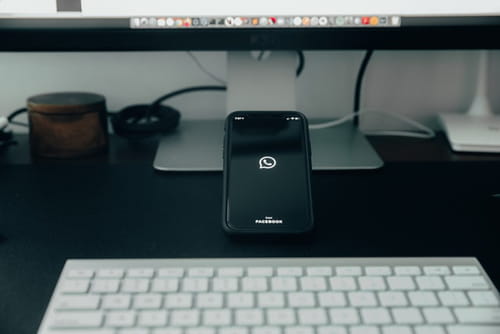 How To Bookmark Messages on WhatsApp

You can easily bookmark the messages, videos, photos shared in the course of a WhatsApp chat by adding them to your Starred Messages.

Open WhatsApp, go to the Chats tab and select the desired chat. Hold your finger down on the desired message until it is highlighted (in blue). Tap on the Star button to bookmark the selected content: How To View Your Starred Messages

All the messages you’ve marked with a star are saved under a special tab. Head back to the Chats tab and tap on the Ellipsis button > Starred Messages to view your messages: 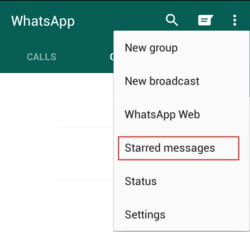 Related
This document, titled « Starred Messages in WhatsApp », is available under the Creative Commons license. Any copy, reuse, or modification of the content should be sufficiently credited to CCM (ccm.net).
Previous

How To Disable Video Calls on Viber

How To Call the United States