Windows Memory Test is a utility to test the RAM units of a PC. It works regardless of operating system.

If you want to create a CD, you must first save an ISO image to the location of your choice You must then burn the ISO image to disk.
At this point we have a bootable media:

Place the disk or diskette in the drive and restart the computer. On restart, the utility should start immediately, if this is not the case, check the BIOS boot order.
The test begins, we get this: 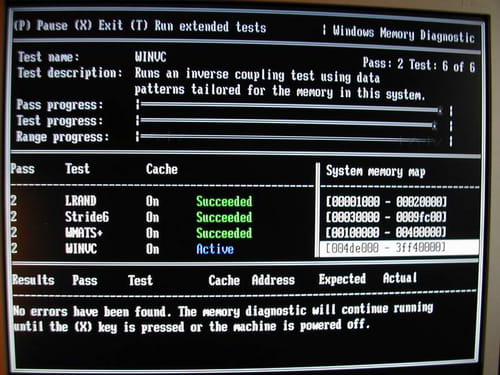 Let the test run for 3 or 4 pass minimum. Stop the procedure by pressing X. Note: If you do not stop, the utility continues indefinitely to perform tests for 10, 15 pass ...

Related
This document, titled « Memory - Using Windows Memory Test », is available under the Creative Commons license. Any copy, reuse, or modification of the content should be sufficiently credited to CCM (ccm.net).
Previous