Latest update on April 24, 2012 at 04:10 AM by Jean-François Pillou.
It is very common that after a health checkup of your laptop computer, for the BIOS to be upgraded. It often happens though that after downloading the upgrade, while rebooting the system, it cannot reboot. The system will then make a long beeping sound followed by two short beeps. The only way is to go back to the earlier BIOS. The solution is after turning off the laptop computer, the battery and power cord should be removed. Then the power need to be plugged in without the battery while pressing the Insert / Scroll Button. Restart the system and the BIOS should work fine. 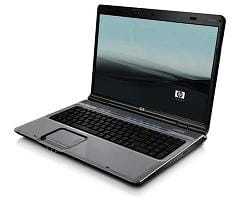 I have an HP Pavilion dv9000 series computer. While performing the HP Health Check, it was recommended that I upgrade the existing BIOS. After downloading it, the computer shutdown but upon reboot, the computer would not boot up again. Instead, I received one long beep and two short beeps. The computer worked fine before the BIOS upgrade. Is there a way to return to the default BIOS settings on this computer?


I had exactly the same problem last night. HP's 'Health Check' recommended that I flash the BIOS of our new HP Dv7-1175. Had the computer for about 3 days, and was receiving some strange errors reporting unrecognized USB devices and a buggy USB driver. So, I flashed the BIOS.

Precisely the same thing occurred. The utility for flashing the BIOS ran, seemed to work, shut down the computer. Then, nothing.

I restarted to a backlit screen, no POST or BOOT. Here's how I solved the problem (though I can't tell you why it worked, other than it obviously reset the CMOS).

1) Turned off the computer

6) Restarted and prayed, came up normally; opened the BIOS by hitting ESC at the proper time, reset to defaults (just to be sure).


The computer has seemed to work normally since, though for the life of me, I can't tell you why this worked. I was, for the record, trying to press the Insert button, so if yours has these separated-- as my Toshiba does-- then I'd start with that.


Thanks to Shantyhag for this tip on the forum.

This document, titled « Laptop won't boot after BIOS upgrade », is available under the Creative Commons license. Any copy, reuse, or modification of the content should be sufficiently credited to CCM (ccm.net).
Previous